After Florence Ballard departure in 1967 and the change of name of the group to Diana Ross & The Supremes, Mary Wilson, Cindy Birdsong and Diana embarked on new challenges including an appearance on the TV show, Tarzan!

This article has been taken from an unknown magazine from the sixties.

THE SUPREMES GO SWINGING WITH TARZAN!

Far from Hollywood but not from Vine (sorry!), They met – Ron Ely, TV’s top tree swinger, and The Supremes, nifty swingers in song. It happened when Diana Ross, Cindy Birdsong (she replaced Florence Ballard, who wed last July) and Mary Wilson trekked to Las Estacas, Mexico, to co-star with Ron in an episode of Tarzan.

Not only did the sultry sirens prove extremely popular guests South of the Border, but Ron Ely has them to thank for the liveliest day off he’s enjoyed in a long, long time.

His on-camera days are lively enough – but also fraught with hazards. Ron’s adventures and misadventures, as the 15th Tarzan since Elmo Lincoln first sported a loincloth, have been many and often painful. He’s been clawed, mauled and bitten by wild animals – once even had his face chewed by a lion; taken unscheduled falls from trees, had his jaw dislocated and nose broken in flights, suffered three broken ribs, etc. If his daily-duty bruises had him singing the blues, the company of three vivacious girls was just the balm needed. 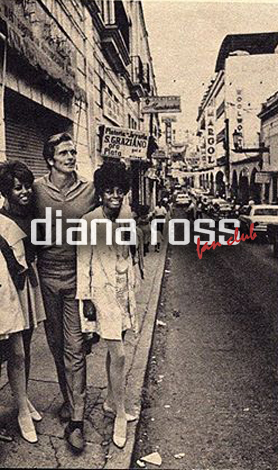 Ron and The Supremes – Mary, Diana and Cindy – start their tour of Cuernavaca early. There are so many historic sites to see, and colorful surprises around every corner.

It was, Ron agrees, more than a little bit or heaven to play host for a leisurely day in beautiful Cuernavaca.

What a day Tarzan and his three Janes had! They strolled, shopped for souvenirs and went sightseeing. Conversation was non-stop. Ron told how he became a Texas college dropout to try for a Hollywood career. Diana and Mary laughingly recalled how Motown Records execs in hometown Detroit wouldn’t even give them a hearing until they’d finished high school – and they were glad now.

Can you imagine going home without a souvenir photo of the whole gang in sombreros?

Dozens of dans recognized them and they graciously posed for one and all. Late in the afternoon the four famous stars took time out, at an outdoor table under an acacia tree, for a lavish, Mexican-style feast. Sunset came to soon. Their day was at an end. 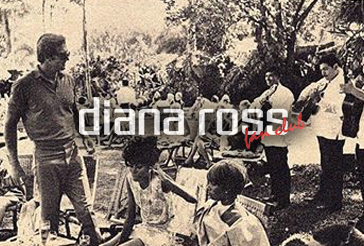 Refreshments and a serenade on tropical lawn of beautiful Los Mananitas hotel.

Next morning, they were back at work on the jungle set, still in the spirit of fun. Ask The Supremes, they’ll tell you – they’re ready to answer Tarzan’s call again any time! 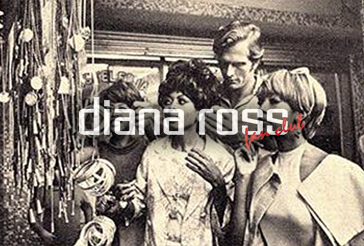 View all posts by Ian Scarlato

2 thoughts on “FROM THE ARCHIVES: Diana Ross & The Supremes´Holiday in Mexico in 1968”